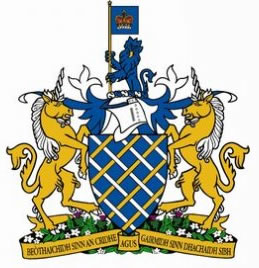 The Royal Nova Scotia Tattoo Festival is a yearly tradition in Halifax, NS featuring performers and miltary bands from around the world. The first time attended the festival was back in 2005 and I absolutely loved it. It was such a well organized show, so many performer, amazing bands, dancer, acrobats, and clowns. And the best part of it all was the finale were all the bands would play in unison creating a grand orchestra.

I loved the NS Tattoo so much that I went back the following year in 2006. It was not as big or as good as the 2006 show, but it was still enjoyable. In all honesty, there was a little bit of disappointment that it was getting smaller, yet the performance of 2006 made up for big part of that. The 2006 year was special for NS tattoo, it was the year it was given the Royal status by Her Majesty the Queen for her 80th birthday.

In 2007, the cast was shrinking even more. I thought I’d give it the benefit of doubt and attended anyway. Maybe if it was my first time attending I would’ve liked it, but seeing how it didn’t live up to the 2006 show, leave alone the 2005 performance, I must say I was greatly disappointed. I felt cheated in many ways because the prices didn’t go down, but the quality did. I had hopes that achieving the Royal designation would help the festival grow, but it was not to be.

I had to skip 2008 for personal reasons – by son was under a year old, I was 2 month away from defending by PhD dissertation – not a good time for big fun events.

This year, in 2009, “performer from around the world” really refers to only nine countries: Canada, Belgium, Denmark, Estonia, France, Germany, Sweden, United Kingdom, and United States. There are a total of 30 groups confirmed, but 20 of them are from Canada. This is very different from previous years were we had more international participation. I am especially disappointed that the Russian and Ukrainian dancers are not in this year’s show.

My plan for this year is to go see the parade and then decide whether to attend the big show or not.

One piece of advice: if you’re planning to attend, go for the cheap tickets. I’ve tried different seating and they were all equally great. There is typically plenty of empty seats, so moving around is possible if your seat turns out to be not so great.